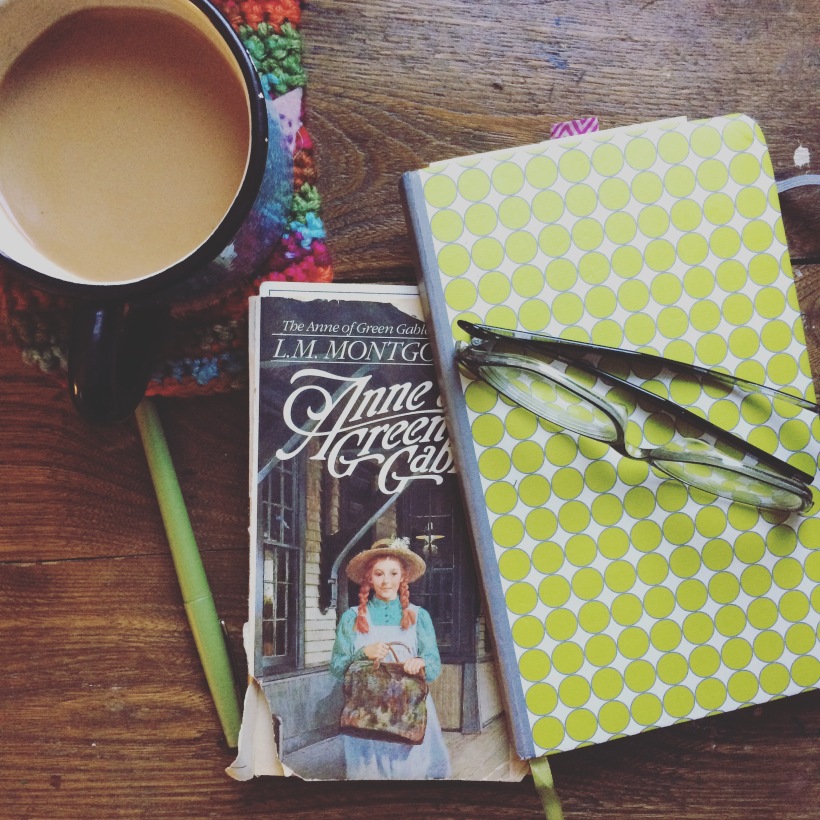 There are a few parts in this chapter that I just love. I’m noticing over and over again, that Marilla needed Anne much more than Anne needed her! Anne just brings so much life and beauty into Marilla’s life.

Marilla’s stern, hard-nosed Calvinism in the face of Anne’s questioning, open, dreamy state is such an interesting contrast. I just adore this moment.

She found Anne standing motionless before a picture hanging on the wall between two windows, with her hands clasped behind her, her face uplifted, and her eyes astar with dreams. The white and green light strained through apple trees and clustering vines outside fell over the rapt little figure with a half-unearthly radiance.

“Anne, whatever are you thinking of?” demanded Marilla sharply.

Anne came back to earth with a start.

“That,” she said, pointing to the picture-a rather vivid chromo entitled, “Christ Blessing Little Children”-“and I was just imagining I was one of them- that I was the little girl in the blue dress, standing off by herself in the corner as if she didn’t belong to anybody, like me. She looks lonely and sad, don’t you think? I guess she hadn’t any father or mother of her own. But she wanted to be blessed, too, so she just crept shyly up on the outside of the crowd, hoping nobody would notice her-except Him. I’m sure I know just how she felt. Her heart must have beat and her hands must have got cold, like mind did when I asked you if I could stay. She was afraid He mightn’t notice her. But it’s likely He did, don’t you think: I’ve been trying to imagine it all out – her edging a little nearer all the time until she was quite close to Him; and then He would look at her and put His hand on her hair and oh, such a thrill of joy as would run over her! But I wish the artist hadn’t painted Him so sorrowful looking. All His pictures are like that, if you’ve noticed. But I don’t believe He could really have looked so sad or the children would have been afraid of Him.”

Marilla calls these observations irreverent!!!! Anne is astonished because she really felt moved spiritually by this art. In the same vein, Marilla demands her learn the Lord’s Prayer because she is next to “heathen” and Anne looks on it lovingly as poetry! Oh my, it just makes me think how too often I despise the open, fresh way my children look at things, instead demanding some dogmatic adherence to what I think. In reality, the faith and relationship between Anne and the Lord here seems miles ahead of Marilla, in my humble opinion.

Any thoughts on this chapter? There are many other beautiful passages in here. Sigh. 🙂