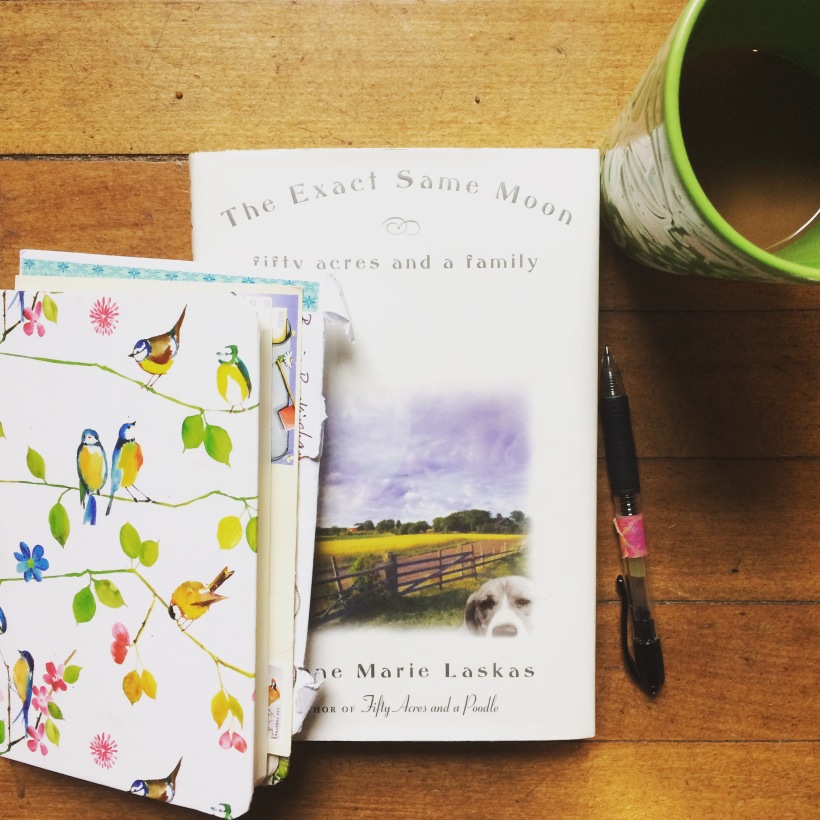 A lovely online friend of mine was talking about her new plan for a rating system. I like it, however I haven’t figured out how to make the cool stars she has for her ratings, so I’m going to follow her system, but still use asterisks.  I will put a brief snippet after each title.

The Language of Flowers by Vanessa Diffenbaugh (****) This book was very sad in some ways, exploring the depths of an adult woman coming out of the foster care system. Victoria is a young, aimless, and I just can feel her loneliness. The one thing she has is her knowledge and love of flowers, specifically the Victorian lore of what certain flowers convey and the messages they send. I wouldn’t say I loved this book, but I give it a high rating for making me think and for the characters feeling real.

Growing Up Amish by Ira Wagler (***) I probably give this book a 2 1/2 stars. I moved last summer to a large Amish area. I’ve always been interested in the Amish culture, but now being closer and getting to know them, I’ve grown in my desire to understand their beliefs.  Mr. Wagler conveyed the amount of fear one raised in the Amish Church has about leaving and I found his insights interesting.

The Little Book of Hygge: The Danish Way to Live Well by Meik Wiking (***) The only reason I give this 3 stars is that some of it was sweet. However, this did not in anyway live up to the crazy hype it has here in America. Sheesh. I was expecting something earth-shattering the way everyone is going on about it! I should have known better.  A lot of it was just basic commonsense, a whole book about enjoying your sweaters, coffees, and friendship. Ha. I got this Hygge thing. 😉

Water from My Heart by Charles Martin – (*****) I really, really loved the theme of redemption in this title. Charlie Finn has an extremely rough life, but he has brains, which he uses as a high-end drug smuggler. Through a series of events, he ends up in Central America where consequences of his choices catch up to him. I love Martin’s characters, they feel real to me, at times the plot felt a *little* predictable, but overall, this story really touched me.

Every Riven Thing: Poems by Christian Wiman – (***) These poems were dark, depressing, and had some language in them. However, I appreciated that I could feel the author through them, his anguish and questions.

Le Road Trip: A Traveler’s Journal of Love and France by Vivian Swift – (***) This was a fun read, I felt the need for a little French culture after having stopped in Paris for a short visit last year. It reminds me in a way of Susan Branch, but with a harsher edge of sarcasm. I like Branch much better. The little sketches and Swift’s journal of the the French country side were interesting, descriptions of food yummy. I felt like she put quite a bit of French in her text, and while I love a little, I don’t speak it, so sometimes that was a little off-putting in an English book for some reason?

The Exact Same Moon: Fifty Acres and a Family by Jeanne Marie Laskas – (*****) This is one of my favorite reads of the month, maybe year, so far. I know some people don’t enjoy conversational style memoirs. In which the author talks to themselves and chats with the reader. I love them! Laskas does that in this lovely memoir and walks us through her life with her husband, their farm, animals, and neighbors. The beginning is a bit slow, but still beautiful as she is shocked and walks through a harsh, freak illness that hits her mother. The thoughts, feelings, and things she talks of sound so real and frank. The best part though, is as she shares her growing desire to be a mother, their thoughts and feelings through one round of IVF and eventual adoption from China. She writes so beautifully on the feelings, pain, and hope surrounding all of this…I just loved it. I hope to read more from this author.

The Glass Sentence and The Golden Specific by S.E. Grove (****) I know YA fantasy isn’t everyone’s cup of tea, but I love it. These first two titles in this trilogy were good. The first title was a bit muddled on some points, but the second I enjoyed immensely. This story centers around a cartologer/explorer Shadrack Eli and his niece Sophia. The world is a mess after the Great Disruption, in which every country/continent shifted and now are each a different time period! Sophia’s parents are explorer’s and have been missing for some time now. This has time traveling, weird creatures, and shadowy secrets. I love most of all the maps. Exotic and magical maps. So fun! My oldest and I are reading this together, so it’s fun to chat about it. For the most part, I think Grove is a good writer, which is nice to find something well-written in this genre.

On Writing Well by William Zinsser (*****) I’ve been reading this FOREVER and finally finished it. It is a wonderful, in-depth look at writing and I love how Zinsser uses real life experiences and writing that he did as a way of teaching. This book basically ripped all my writing to shreds. So, I’m starting at the beginning, and humbly trying to learn more. I’m reading two other of Zinsser’s titles currently. This was on my shelf also, so one more attempt at reading all the beautiful books I own.

44 Scotland Street by Alexander McCall Smith (***) This book was interesting. It is about an apartment building and a few people in it. It basically had no plot, just a plodding through their lives in a gossipy way. I liked it, but I didn’t like it, if you know what I mean. It was originally written as a series of articles for a newspaper and you can see that a bit. I could not stand the main male character, Bruce, and the young lady Pat seemed so aimless and I felt a bit irritated with her. The most interesting character to me was a small boy Bertie who I wanted to snatch away from his CRAZY mother. I felt EXTREMELY bad for him.

Called to be Amish: My Journey from Head Majorette to the Old Order by Marlene C. Miller  (***) I liked this book much better that Mr. Wagler’s, because of the interest of a non-Amish woman joining the Amish Church. There are very few people who ever do that and stay. I really liked Mrs. Miller’s testimony of the love of Christ in her life, yet it intrigues me that she then turned to the Amish. I understand that it had something to do with the acceptance she felt from them after a rough childhood herself. In some ways, I can see the draw to the Amish, but there are so many things that concern me about their beliefs. We “English” as they call all non-Amish, think their outfits, ways are quaint and charming. In reality, it is a harsh and brutal way of life. It is like living similar to the pioneers, with the cold fear of going to hell if you mess up or leave the Church. I’m way over-simplifying this, but that seems to be some of what I’ve come to understand. I really loved Mrs. Miller’s sharing of life as a mom of 10 children (with no electricity or plumbing, mind you. ACK!)

O Come Ye Back to Ireland: Our First Year in County Clare by Niall Williams and Christine Breen (*****) This was a beautiful memoir of two New Yorkers, of Irish descent, deciding to pull up roots and move to Christine’s family cottage in West Ireland. The language and writing of this memoir was so beautiful and of course, the descriptions of Ireland are enough to swoon over. However, throughout this book, I appreciated the honesty and real feelings that Niall and Christine shared about the culture shock, loneliness, daily struggle to eek out a living on a old, run down farm and cottage. The shear difference between their lives in New York with all it’s convenience and speed versus the backbreaking labor for something as simple as heat for their cottage was astounding. The slow pace of the culture was unreal to them. Mr. Williams did a wonderful job sharing the ups/downs and real feelings. I was especially touched and sadden as they walked through the realization that they were unable to have children. I was elated to find out that there are three more books on their life at this time. I’m itching to start them.

Numbers, Deuteronomy, Joshua, Luke, John –  The Holy Bible (*****) I’m continuing my reading in my favorite Book of all times. The contrast between the Old and New is always so interesting and I just fell in love with the Book of John all over again.

What are you reading?