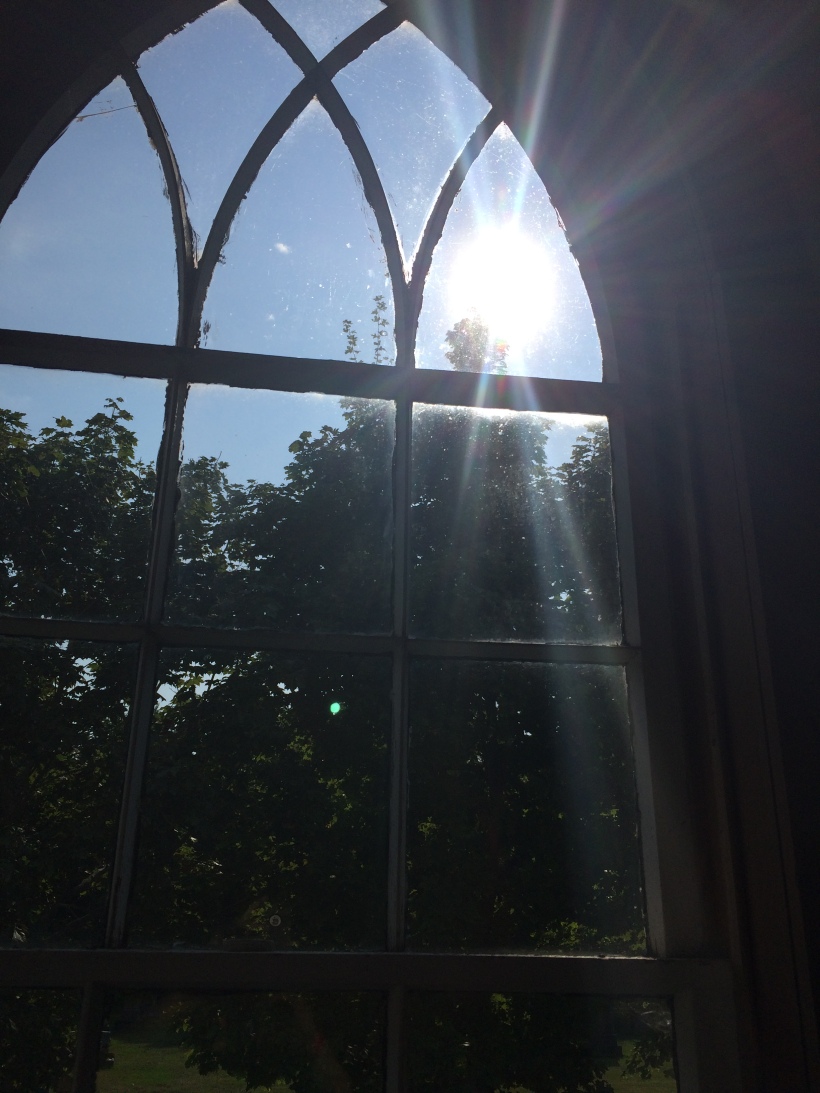 Monday dawned as Monday is wont to do. We’ve had some unseasonably humid and hot weather, I shouldn’t say unseasonably actually, as that is unfair. Our area is known for all sorts of weather and I appreciate it’s variety as it graces me with autumn colors each year. For that I am grateful and content. The trees are frozen in their half change of color, waiting for the coolness to return. However, yesterday, I was melting a little, green skin, witch-y hat and all. We decided to use the cooler morning time for outdoor chores and playing, and attack the books in the afternoon. One of the many joys of home educating, flexibility and freedom.

However, sometimes it’s best to press through and follow a general rhythm, as any deviation from the set course of the ship is hard. It is difficult to turn this big vessel, with its many sailors, it is slow moving, cumbersome. It’s always a balance and risk to change anything. Noah, flour dusting his shirt, and Ella, with flour everywhere, decided to make eight loaves of bread before the deep midday heat hit. The smell was heavenly, yeasty, and homey, temperature of house rising. Our little window air conditioner was huffing and puffing, trying to blow the house cool. The other children were creating, playing outdoors, and yes, fighting. Ahh, real life.

We rallied a bit around lunch time, the kids opting for a Paddington meal of marmalade and bread, cold milk to wash it all down. I returned (again) to my healthier eating, baking some zucchini w/salsa and a bit of cheese, Greek yogurt and banana for dessert. We finished eating while giggling together at the silly poems from Sing a Song of Popcorn, lovely collection we are reading currently. Hiding in Amos’ office, I audio messaged a friend for a bit and we productively commiserated on all we had not yet got done, laughing. Technology is good for something.

Ben was put down for the nap he never took, instead we heard him talking and singing upstairs. We crunched the numbers, we scribbled the words, we read, I listened to various children’s narrations, and we worked on chores in the middle. Somewhere in the fray, I had a vague thought about laundry, but nothing ever materialized from that. Thankfully, I had remembered to thaw the ground turkey for dinner, although I am a professional at turning frozen hunks of meat into meals, no need for weightlifting here.

I received an email saying that piano lessons were canceled, a bit of relief to the afternoon. We watched a small portion of an naturalist talking about nature journaling on youtube and then headed out to sit under a tree to work on our nature drawings. Noah had a dead chipmunk that the cats had caught that he worked on sketching, while the rest of us worked on the life cycle of the monarch, holding our noses at the smell of the chipmunk. We had recently found a monarch caterpillar, the gift of watching it form its chrysalis, hatch, and then Phoebe saw it flutter away, all a thing of glorious beauty.

We worked on some Spanish, recited Isaiah 53, and noticing that the branches of our tree school room, were slowly starting to sway, we looked up to the sky. The hot, still afternoon slowly shifted to one of coolness, gusts of breeze, the wide expanse darkening to a deep blue-gray, angry looking. It added a lot of atmosphere to our continued reading of Saint George. We conferred on who would carry what if we needed to make a mad dash indoors and then enjoyed the refreshing breeze as we narrated to one another. “I felt a drop!” hollered Sam, various children dropping from their perches in the tree, like monkeys. Tin jar of colored pencils picked up, backpack of journals grabbed, and everyone laughing, giggling and scrambling for the door. The skies opened up as I reached the last step of our deck, Idlewild, and we shut it tight, we gazed at the deluge.

We finished reading a bit of history, shaking off the leaves and dirt. We packed up the books and started cleaning up the extra large mess from the weekend. I felt like I had lived a week in one day. Ha. But in that moment, the heavy, humid weight of my heart lifted, and a cool realization, damp and fresh, swept me. We had done it. We had walked through another day. We had steered our ship just a little bit more. We had moved forward together.

Late afternoon had its moments, of course. I won’t talk about the huge Nerf gun fights that ended in tears, popcorn messes, and arguments over media games. I made the spaghetti and salad for dinner, and then I may have shut myself tight up in my bedroom for a moment or two.  I gazed, my eyelids drooping, at these beautiful people, finishing the day reading a chapter of The Swiss Family Robinson, what an amazingly hard, yet beautiful Monday.